Michael Vollhardt started his musical career as a cello soloist.

While studying at Boston University he became winner of the Concerto-Aria Competition.

As a result he was able to play his American debut with the Boston Symphony Orchestra.

Recitals brought him to the United States, Canada, Latin America, Asia and many other European countries where he also gives masterclasses .

Michael Vollhardt started his conducting career by founding the Orchestra of the Hamburg Conservatory where he taught cello and chamber music.

Soon he was invited as guest conductor from varies professional orchestras.

After moving to Freiburg he founded the Sinfonietta of Southern Germany.

With this orchestra consisting of young musicians from all over the world he developed programs such as portraits of Sibelius’, Mozart’s, or Reger’s symphonic work.

2002 he became Music Director of the Ortenau Orchestra in Offenburg, Germany.

He conducted Yo Yo Ma, Antonio Meneses, Heinrich Schiff, Walter Despaj, Boris Pergamentschikov and David Geringas in the First Perormance of “Meeting for Six” by the Israeli contemporary composer Noam Sheriff.

In Italy he conducted at the Music Festivals of Positano and Orvieto.

He is a regular guest in Brasil where he conducts orchestras in Rio de Janeiro, Belem, Joao Pessoa, Recife and Fortaleza.

He made his Asian debut with the Bombay Chamber Orchestra in Mumbai and conducted “Carmen” as first opera performance at the Operabuja Festival in Nigeria.

In 2014 he was appointed Principal Guest Conductor of the MUSON Symphony Orchestra in Lagos (Nigeria).

He also was elected to conduct the OJCA (Youth Orchestra of Central America) in Nicaragua and Guatemala.

In 2017 he conducted the 10. OPERABUJA in Abuja (Nigeria) and various concerts with the Orquestra Sinfonica Jovem do Rio de Janeiro.

In 2018 he returned to Guatemala to conduct the National Youth Orchestra of Guatemala.

In Nigeria he conducted the MUSON Symphony Orchestra and will be the musical director of MY FAIR LADY at the OPERABUJA 2018.

For 2019 he is invited for concerts in Namibia (National Orchestra), Brazil, Guatemala and China. 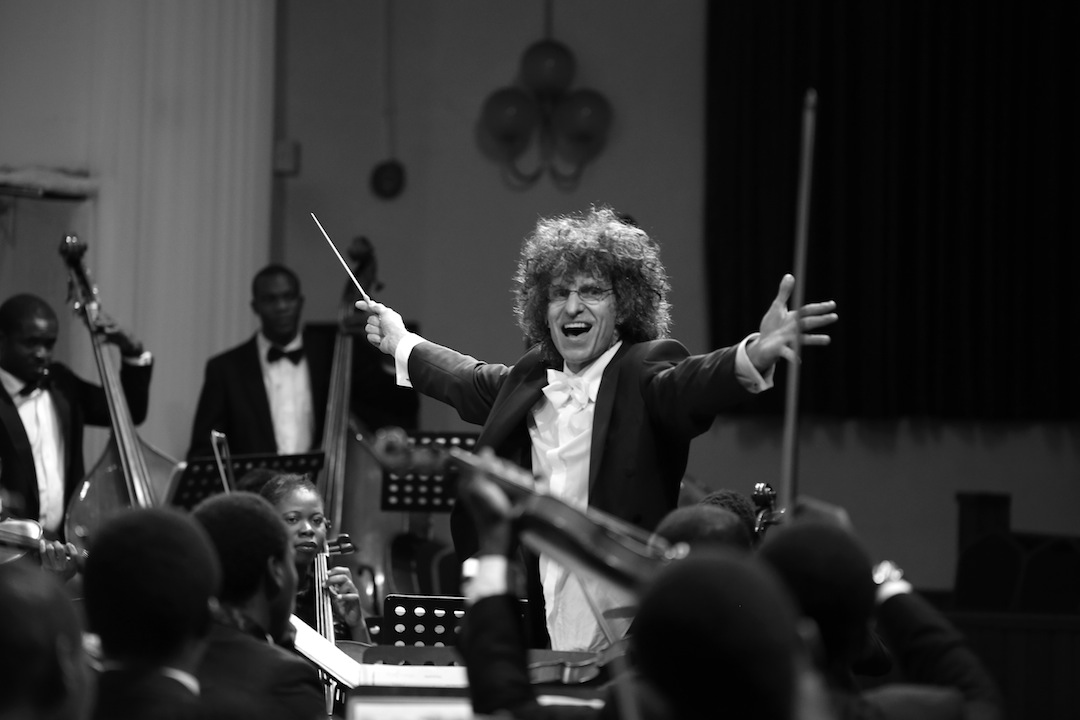